We are open and have carryout and delivery available at both locations! 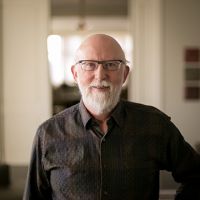 We put together a lot of pretty unique and delicious beers last year, gained a lot of experience and picked up a pretty good following as well, and had a ton of very positive press, including two 100-point reviews from Beer Advocate.

As amazing as last year was, we're very much looking forward to the possibilities 2018 has in store.

We're especially thrilled at the arrival of our new head brewer, Nick Williams, fresh from Haw River Farmhouse Brewery in North Carolina. It wasn't easy to find the right person for this job, but it would be hard to find another brewer whose interests and outlook matches our own so well. So please stop by and say  hi when you can. Also in the brewery is Chicago craft beer veteran Phil Zelewski, who has stepped in and helped us out during the last few months. We've got a great team in place and a very aggressive brewing schedule, and will be returning to the fast-paced releases of our tasty New England IPAs as soon as the holidays are over—first up: Night Moth Oak-Aged Double IPA, sometime around the first of February, this time with some very innovative oak technology.

Our Skunk Works list of projects keeps growing, and so be prepared for some really unique and thoughtful beers made with our usual obsession of that intersection where nature, art and science come together. Should be lots of fun. Those four barrels in the brewery have been drained and will be replaced by as many as we can squeeze in there, so look for some barrel-aged goodies later in the year from those efforts.

We've got big plans in the market beyond the brewpub as well. For you Sparkling Rosé fans, we hope to have that in packaged form by spring, along with a rotating selection of high-gravity beers. In addition to a new and even better Strawberry-Basil Hefeweizen, we're planning some major changes to the rest of our six-pack lineup by early spring, and are adding some rotating seasonal 6-pack releases likely including our delicious Purple Pils, which some of you may remember.

And that's just what's in the plan right now. As you know, this is a really fast-paced industry these days, and it seems like new opportunities present themselves almost weekly. So keep your eyes on us to see what's new. Finally, thanks for your support and feedback. We hope you have as much fun at Forbidden Root as we do.