On Patience, Questioning, and Community 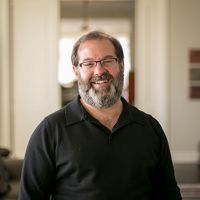 I've been asked what I've learned in the process of opening a restaurant and brewery. I've learned patience, but not as a mode of discipline. A patience that understands some of life's puzzles are unknowable until it is time for them to be revealed: we can't know exactly what a beer tastes like until it is fermented. We can’t know exactly the flavor of a dish until it is done cooking.

While I am a big believer in planning, I know that conditions change, and timely adaptation is critical. So plan away, but know there’s a risk to locking in certain plans with time, money, and other resources.  My friend and partner, the Alchemist, Randy Mosher once said of me, “Robert is the most patient impatient person I know.”

We had originally planned for the brewpub entrance to be on the building’s side to allow for a larger growler fill and merch area. We had designed and partially paid for the brewery’s large sign out front. When the vestibule was demolished, however, we discovered an entire entry hall with beautiful moldings. We’d have to demolish the lower side ceilings, scrap the already in-process sign, move beer lines, and more, but it took a mere second to see the payoff of rethinking our approach. We ordered big accordion windows that opened the beautiful hall to the outside and started planning what would become our own take on a beer garden.

The entry revealed itself in the order in which it was ready to do so. Not when I wished it to be ready, but in its time. I would have saved time and resources had I not been in such a rush. From a practical viewpoint, there can be big value in being patient.

The beauty of patience is it applies as much to inanimate structures, like entryways, as it does to people and nature. There are rates of speed and change that govern us all. The time each of us needs to learn, to accept change (or not), to forgive, and to be forgiven is different. But it all has a timeframe, and if overly pushed, will result in a less than ideal outcome.

When Chef Dan told me he needed a crew a month in advance of opening to work out recipes and scale, my impulsive, impatient side immediately questioned why he needed that long, with that much staff investment, with no revenue coming in. But my trust in him and Terry was stronger than my baser instincts.

Watching the kitchen in our opening weeks was like watching a beautiful storm--Hurricane Hospitality, if you will. I was, and am, so proud of how that badass group performed.  And I was proud of myself for trusting two pros who properly advised patience. But this is not to imply that we are perfect or satisfied with where we are. We thrive on pushing ourselves to the next level.

Another value I hold sacred is the act of questioning. Questioning is the fuel of innovation and creativity and should be defended and nurtured. In the hands of skillful questionsmiths, better thinking and outcomes are forged. Brewers can inspire a dish, subcontractors can invent ways to seal furniture, and rootmasters can design. Our menu’s schnitzel sandwich was suggested by our brewer BJ. Chef Dan interpreted and developed it, and it’s a hugely popular menu item. BJ also questioned aspects of the brewpub’s design, completely out of his supposed wheelhouse of expertise. His questions came at some critical junctures and led us in directions we would not have gone, but for his stalwart comments.

While we all need to play our positions, I believe a better truth can come from anywhere--not just the domain of the responsible position. This sounds easier than it is in practice. Creating a safe zone, where all feel comfortable questioning or commenting, even if it’s not their turf, is critical. On the other hand, our meetings can't drag on for three hours, and people have different standards and filters and patience. We must strike a balance. The goal is to empower questions by all team members so they can ask, suggest, or disagree. We must learn when to question, when to end the questioning, when to be patient, and when patience becomes passivity.

Questioning is a sign of respect for the mission, not disrespect for individuals deemed responsible. I feel strongly about corporate arrogance, which so often discourages questioning. Car manufacturer GM wouldn't allow their employees to drive Japanese cars. If your employees would rather drive another car, make better cars. And if they think other cars are more beautiful, make more beautiful cars. Celebrate excellence, not blind loyalty. Such a “yes-man, no questions asked” culture is a cancer on innovation and creativity. Not in our greenhouse, I say.

I hire different thinkers for this very reason: low but healthy egos; shared values of integrity and high standards; passionate senses of adventure and good times. As Terry, our Director of Restaurant Operations, wisely says, “there's no reason this can't be fun.”

Another example of leveraging the power of group thinking was in naming our juniper and grapefruit juice beer. We wanted to convey our love and respect for this great beer with a good name, but we were struggling. So we called on our staff--bartenders, servers, hosts, busers, the whole crew--to name the beer for a prize. Thus, Money on My Rind was born.

I can’t discuss the larger group context without thinking of our West Town neighbors who have been a blessing. Koko's has great food and really clean bathrooms (a pleasant surprise when your site is under construction!). Yuzu’s mango avocado salad is a bit of heaven. They showed up the evening before our inspection with two huge shopping bags of every helpful item imaginable, like a mother making sure her boy has a good breakfast before his SATs. Steven at Epic spices can talk about the variety and sourcing of tellicherry peppers like no one I know. The amazing people at Alcala’s. The list goes on because everyone on the block has made us feel welcome.

It was deeply satisfying when over 300 people showed up to our community meeting and pre-opening party on that -10 degree January night to support Forbidden Root. It was a thrill to share our beer and say thank you. And since then, I can't tell you how many neighbors have come up to me, recalling their observation of our construction process. I had no idea that many people were watching us. Some would peer into the pub, and we’d invite them in if our glances met. Passing cars gave us the thumbs up. It felt like a Norman Rockwell vignette and reminded us that beer connects people.

These connections, this sense of belonging and gratitude, is not what I would have pointed to three years ago as a goal or reason to open a restaurant and brewery. Intellectually, we wanted to be part of a neighborhood, but in truth, I didn't know what that meant. I do now, and feel richer for it.